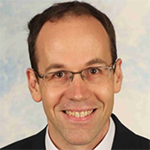 Klaus Hennecke is the Head of Department of Line Focus Systems at the DLR Institute of Solar Research. In the current work of his department emphasis is on co-operation with industry to support the development and market entry of the next generation of parabolic trough and linear Fresnel technologies.
Qualified as Aerospace Engineer in 1978 at the Federal German Forces University in Munich, Klaus Hennecke started his career as air engineering officer in the Federal German Navy. Since joining DLR’s Energy Technology Division in 1989, his work has mainly been related to parabolic trough technology with a special focus on processes and system integration for alternative heat transfer fluids to achieve cost reductions and increased system performance. Within the IEA SolarPACES cooperation, he is the Operating Agent for Task IV: Solar Heat for Industrial Processes. 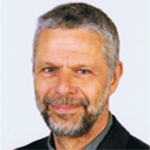 Dr. Reiner Buck is a Mechanical Engineer and received his PhD in 2000 from the University of Stuttgart on the topic of “Mass Flow Instabilities in Volumetric Receiver-Reactors”. He has worked since 1986 on various solar technologies. Since 2011 he is leading the department “Point Focusing Systems” within the DLR Institute of Solar Research. With about 25 staff members, the department is concentrating on the development of solar tower systems. The main expertise of Reiner Buck is on receivers, heliostats and simulation tools for solar tower system. He developed several simulation tools for solar power systems (ray-tracing tools for heliostat fields, thermal performance analysis for various types of receivers), and has experience in developing and testing of receivers for different heat transfer media like molten salt, air and solid particles. He is also working on the development of innovative concentrator systems. He also led and participated in numerous national and international collaboration projects on CSP. He co-authored more than 160 research publications and several book chapters, and has co-chaired international conferences. He holds a number of patents and has supervised several university and PhD students.

Dr. Peter Heller is a Mechanical Engineer and received his PhD in 2001 from the RWTH Aachen on the topic of ” Investigation on receivers for solar tower plants “. He worked since 1989 for DLR on developing and testing of point focusing systems. In 1996 he moved from Stuttgart to Almerá, Spain, and took over the responsibility for the DLR staff at the Plataforma Solar de Almería in the area of tower and dish/Stirling systems. Since 2011 he is leading the department “Qualification” within the DLR Institute of Solar Research. The department has a staff of about 30 scientists and PhD students and is operating several laboratories specializing in energy meteorology and performance and durability assessment of components and systems. Among them are the heliostat test platform in Jülich and the QUARZ Laboratory for the qualification of parabolic trough mirrors and receivers in Cologne. In Almería, the laboratories OPAC for durability assessment of reflectors and METAS for energy meteorology are jointly operated with CIEMAT. Cooperations with partners in the MENA regions are focusing on capacity building, developing of test infrastructure and studying the impact of desert environment on the performance of the CSP technology.
Since 2008 Peter Heller is Operating Agent of the IEA SolarPACES Task III (Solar Technologies and Advanced Applications) with a special focus on the development of guidelines for CSP standards. He is also coordinator for the subprogram “Materials for CSP” of the EERA Joint Programme CSP.

Mr. Abderrahim Jamrani is the Technical Director of Masen (Moroccan Agency for Sustainable Energy), electrical energy specialist, he has been active in energy sector for 30 years.
Prior to MASEN, Mr. Jamrani was the Energy Director for CMH Group a fuel oil supplier, where he worked beyond other on the study of the development of a new industrial unit with the objective of producing CSP power plant’s components. He has also served as Procurement Director for the National Electric Utility ONEE where he worked beyond other on fossil fuels hedging (coal, gaz and oil) and 2 wind parks tender with an aggregate capacity of 200 MW. He was also Head of Agadir Electricity Distribution responsible of the 4 southern regions of Morocco (Souss Massa, Guelmim, Laayoune and Oued Eddahab). Mr. Jamrani participated in the elaboration and structuring and was responsible of planning, studies and implementation of the PERG “the General Rural Electrification program”, he notably introduced the solar home systems to electrify scattered households in rural area.
M. Jamrani has a degree in Engineer from INPG Grenoble, France and an MBA from ENPC “Ecole Nationale des Ponts et Chaussée de Paris”.

Laser Sculpting and Processing of Silicon for Photovoltaics

Battery Energy Storage Systems for Grid Applications-Results from the Field

Building the Next Generation High Energy and Low Cost Batteries

Development of Advanced Semiconductor Materials and Devices for Next Generation Photovoltaics: Opportunities and Challenges

By Dr. Steven Visco, CEO of PolyPlus Battery Company, Berkeley, California USA. In the late 1980’s a number of universities and ...

CSP Workshop : 6. How to measure and avoid soiling in large solar plants

by Prof. Tarik Chafik, FST Tangier, Morocco. In the actual context of global warming there is an important need for innovation ...

Investigation of Dust Adhesion on PV-Modules at a Microstructural Level

Nanomaterials contribution to the development of future clean energy sources

Why do we care about lithium?

By Prof. Mohamed Eddaoudi, Distinguished Professor of Chemical Science and Associate Director of the Advanced Membranes and Porous Materials Center ...

Recent advances in solar irradiation predictions as the input of solar system simulations: From Earth’s surface measurements to satellite imagery; From Angstrom correlation to ANN

Estimation of solar irradiation on the surface of the Earth with all its components is vital in the long and ...

(By Prof. Othmane Bouhali is a research professor and director of research computing at Texas A&M University at Qatar) Computer simulations ...

What Drop on Demand (D-O-D) Inkjet printing brings to Photovoltaic Industry? Challenges for a solar PV module to be fully manufactured with a printed process

Next Generation Lithium Ion batteries and Beyond

a selected number of the highest scored paper with strong level of materials science/applied physics and chemistry including papers on modeling with relevant experimental verification will be invited to be peer reviewed and published as special issue in  the journal Solar Energy Materials and Solar cells.
RG Impact Factor: 4.93