Prof. Mohammad K. Nazeeruddin current research at EPFL focuses on Dye Sensitized and Perovskite Solar Cells, CO2 reduction, Hydrogen production, and Light-emitting diodes. He has published more than 530 peer-reviewed papers, ten book chapters, and inventor/co-inventor of over 65 patents. The high impact of his work has been recognized by invitations to speak at over 150 international conferences. Nazeeruddin has been named Thomson Reuters “Highly Cited Researcher” and one of the 19 scientists identified by Thomson Reuters as The World’s Most Influential Scientific Minds 2015 from all scientific domains. He appeared in the ISI listing of most cited chemists, and has more than 55 000 citations with an h-index of 110. He is teaching “Functional Materials” course at EPFL, and Korea University.
He is appointed as World Class University (WCU) professor by the Korea University, Jochiwon, Korea, Adjunct Professor by the King Abdulaziz University, Jeddah, Visiting Professor at King Saud University, Riyadh, Saudi Arabia and Eminent Professor at Brunei.

By Prof. Raymond Adomaitis, University of Maryland, USA. The engineering design of reACT (resilient Adaptive Climate Technology) was driven by a ...

By Dr. Samuel Magorrian, National Graphene Institute in Manchester, UK We present the analysis of electronic band structure of InSe and ...

By Dr. Giacomo-Giorgi, University of Perugia, Italy. Organic-Inorganic Halide Perovskites (OIHPs) are undoubtedly playing the key role in the realm of ...

By Dr. Jie Xiao, Pacific Northwest national laboratory & University of Arkansas, USA To significantly boost the energy of the state-of-art ...

Operation of Isolated Power Systems under High Shares of Renewables

By Mr. Jose Benlloch Fernandez, Mayor of Vila-real City, Spain. For the most advanced modern societies, the promotion of knowledge is ...

Towards zero-energy buildings and neighborhoods

Use of Microgrids and DERs for black start and islanding operation

By Prof. Joao Peças Lopes, Porto University, Portugal. Microgrids can be considered as the building block of a SmartGrid. These networks ...

Towards the ultimate Silicon solar cell and module

By Dr. Ivan Gordon, Silicon PV group, imec, Belgium. In this presentation, the current status and the main R&D challenges of ...

Safe Li-ion Batteries and Beyond for Energy Storage and EVs

By Dr. Karim Zaghib, Director at Hydro-Québec, Canada. We report a Li-ion battery that can be charged within few minutes, passes ...

By Prof. Teófilo ROJO 1. Department of Inorganic Chemistry. Faculty of Science and Technology. University of the Basque Country (UPV/EHU), ...

Energy Efficiency and using of Renewable Energy In the field of tension between prosperity, environmental protection, resource conservation and economical aspects

By Dr. Saad Baradiy, iproplan® Planungsgesellschaft mbH, Germany. The author will explain the state of the art in Germany with current ...

By Prof. Moncef Krarti, University of Colorado, USA. The presentation introduces a new concept of energy productivity that accounts for both ...

By Prof. Abdelkader Kara, University of Central Florida, USA. Organic materials are playing an increasing role in electronics and particularly in ...

Emerging Cu-based materials are explored to benefit from the energetically high-lying Cu d-state in combination with low effective mass of ...

Computer modelling and design of two-dimensional materials beyond graphene 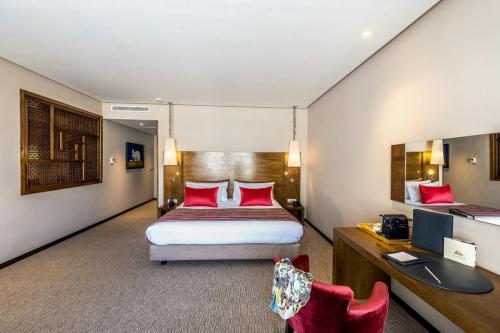